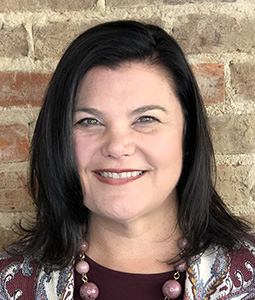 Cindy Van Buren has been a South Carolina educator since 1988 and on staff at UofSC since 2015. She previously served as the Deputy Superintendent for the Division of School Effectiveness for the South Carolina Department of Education. In this role, she led five offices, 160 staff members and managed an overall budget of $87 million. Her experiences included working with educator evaluation, educator licensure, alternative routes to licensure, implementing new legislation, standards development and implementation, educator preparation, charter schools, school improvement, school leadership and virtual education.

Prior to being appointed to this position by the State Superintendent of Education she worked in the agency as the Director of the Office of Educator Services where she initiated a statewide review and revision of outdated licensure requirements in SC and oversaw the beginning stages of the transition from NCATE to CAEP standards for educator preparation programs.

Previously, she was a tenured professor at Newberry College where she spent one year as the Assistant Dean for Academic Affairs. She focused on implementing academic initiatives that had the potential to transform the college. She served as the Director of the RETAIN Center for Excellence focusing on teacher retention in high needs schools and funded through a grant from the SC Commission on Higher Education. She applied her experience and background in mentoring, teacher education and school leadership to RETAIN activities. She also focused heavily on starting a graduate program and fundraising for academic projects. During the previous six years as Chair of the Department of Education at Newberry College, the teacher education program increased from 60 students to over 325 students and the department added three new majors leading to teacher licensure. She led the department through a very successful NCATE visit in 2011. Her leadership enabled the program to grow to a level of strength and prestige on campus and in the state. She was awarded $2 million in grants and outside donations while at Newberry College.

Prior to her tenure at Newberry College, she served as Director of Teacher Education for Winthrop University and Assistant Professor of Educational Leadership. She has also been a high school teacher and assistant principal at Rock Hill High School. She has an affiliation with the Southern Regional Education Board/High Schools That Work Initiative.

She has served as Chair of the Professional Review Committee for the State of South Carolina, on the CERRA Board of Directors and the Winthrop University Board of Trustees. In 2010, she was awarded the SCICU Professor of the Year Award.

Challenge the conventional. Create the exceptional. No Limits.